When will my app be approved for Clover merchants?

My Devkit device is offline but it is connected to the internet. Why is this happening?

My Devkit device is stuck at "Error retrieving merchant information" during activation. Why is this happening?

My Mini 1 device is unresponsive after the power is cycled. How can I fix it?

How can I set up an emulator for developing and testing my app in sandbox?

What is the merchant ID? How does it relate to the employee ID?

The merchant ID is an ID assigned by Clover to the business. A business may have multiple devices and employees. The owner of the business (along with managers and employees) each have an employee_id associated with their account. When looking at the OAuth response, keep in mind that you can see who the current user is by using the employee_id. You can use the merchant_id to see which business the user belongs. You must use themerchant_id when making REST API calls.

For production apps, developers should use an API token that is generated via OAuth. This token gives a particular app access to the Clover API for a specific merchant. Remember to use the App Secret when using the authorization code method of OAuth. For testing purposes only, it is possible to get a merchant API Token for your test merchant via the Setup App.

What are my UUIDs?

If you need your app, developer, subscription, or test merchant UUID, you can get that information by logging on to the developer dashboard. These IDs are different in sandbox and production, so ensure you are logged in to the correct environment:

What is my test merchant's UUID?

To view your merchant ID, select the test merchant from the dashboard drop-down list. On the side-nav, select Setup > Merchants. On the Account Settings page, the ID appears in the Merchant column under the merchant name.

See Test merchant IDs & API tokens for more information on retrieving your test merchant ID and a merchant API Token for use in development and testing. We strongly recommend that any production Clover app use OAuth API Tokens.

What is my app UUID?

Each of your app's basic information is shown in a card on the developer dashboard. The app UUID is the thirteen-character value under the app name.

What is my developer UUID?

To view your developer ID, from the account menu in the top right, select Developer Settings. On the settings page, the ID appears in the Developer Info section.

What is my app's subscription UUID?

Each Clover app has at least one subscription ID for the free tier. If you add additional pricing tiers, each new tier has its own ID. 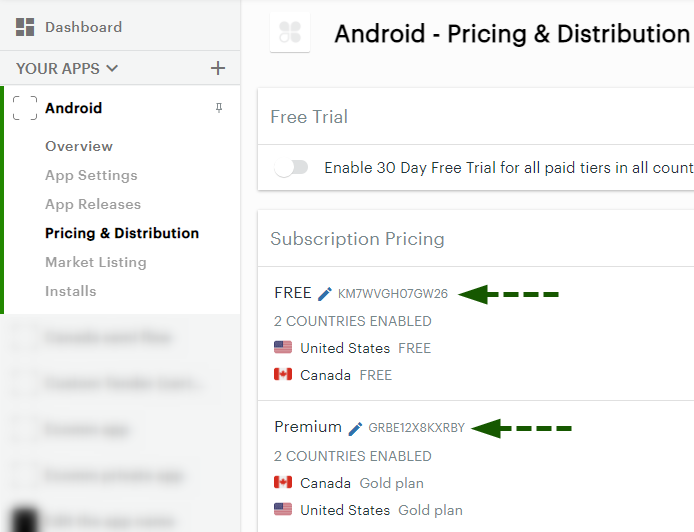 Where can I get an API token for a particular merchant account without creating an app and having the merchant install the app?

Please refer to our guide on creating test Merchant API tokens. Note that these API tokens should only be used for testing and development purposes. Production apps must programmatically generate API tokens through OAuth or the Android SDK.

How long do API tokens last?

An API token has a lifespan of 1 year.

How can my app differentiate between real merchants and test merchants?

If you have a paid app, you may want to know whether you can bill a given merchant. For example, test merchant accounts used by developers and salespeople are not billable, so you will not get paid if apps installed for these types of accounts.

GET to /v3/merchants/{mId} to get merchant info, including an isBillable property.

How can my app differentiate between owners, managers, and employees?

How do I use the Web API (V3 REST API) to create an order?

You can find detailed instructions for building an order with the REST API here.

How do I use the Web API to pay for an order?

Please see our documentation for the Ecommerce API.

How do I notify a merchant of important changes?

You can notify your Android app running on the Clover devices via App Notifications. Once your app launches you can show a notification in the Android notification area, launch a Clover app via Broadcasts & Intents, or launch your own Activity.

I've set up my app using Create App on the Developer Dashboard using. Why am I unable to view my app settings on the side-nav?

What are the test card numbers I can use for declines and partial transactions?

How do I get my magnetic stripe card's BIN to work on Clover devices?

Clover defines a financial card as one that:

Are gift cards supported by the Ecommerce API?

Open-loop gift cards—cards which are associated with a major card brand like Visa, Mastercard, American Express, or Discover—can be tokenized and processed like a normal credit card. Closed-loop gift cards, those issued by and redeemable at a single merchant or retailer, cannot be used for Ecommerce transactions.

Why does my YouTube or Vimeo video not play on the More Tools app on my Clover device?

Certain Clover devices have limitations on the video codecs they support. This affects how videos are played in Clover App Market on these devices:

Depending on the Clover devices you are building your apps for, we recommend that you keep these limitations in mind. Note that the Web version of Clover App Market has no such limitations.

What SSL/TLS cipher suites should my app support?

Additional cipher suites may be supported on some servers and device models. For security reasons, ciphers using HMAC-MD5, RC4, or single key DES are not supported.

Certificate signatures: Use only SHA2 signed certificates with at least 2048 bit RSA keys.

Clover guarantees support only for the above TLS versions and cipher suites. Alternative configurations may be supported by some devices and servers, but support may be removed at any time.

Updated about 12 hours ago